Put a face on Belize; we dare you!

People like to put a face on things, especially travelers. At the very least, faces can serve as a reference point. Consummately, they can serve as the embodiment of a place. 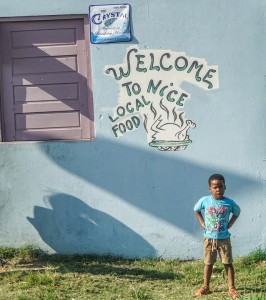 When you travel to Belize, such faces can come in many shades and from many places within the country. Belize prides itself on this diversity of both people and place. It is what makes it a tourist’s haven and it is what gives its many faces a role in the country’s economy, its beauty and, ultimately, its identity.

To the mind’s eye of a visitor, that face may have imprinted itself in the way of the Creole gillie who waded right beside you on the shore of a remote caye and, with uncanny precision, pointed to the exact spot where you should cast your fly to catch your first-ever bonefish or permit.

It may have been the Mestizo tour guide on your first snorkeling adventure who practically held your hand as he astutely led you 30 feet under the water just to get an eye-to-antennae view of a reclusive, jumbo lobster and its stony lair.

In Belize, the face may also come in the way of a Garifuna boy, donning an oblong mask and bedizened with shells on his knees that clack as his feet shuffle to the beat of a Garifuna drum ensemble. Amidst a circle of other dancers—young and old—he practices this ancestral ritual to mark and mock the Spanish colonists who landed upon Mesoamerica so many centuries ago.

The endearing memory of Belize might even come from simply buying the sweetest and juiciest melons you have ever eaten from a vending Mennonite whose horses pulled his cart of produce into town.

Your indelible impression of Belize may be rooted in the sound of a mountain cow—the country’s national animal and otherwise known as a tapir—as it gently waded through a small creek in the pitch black of a jungle night on a tour led by a deft and stealthy Mayan guide. Perhaps it was the scarlet macaw, a protected species, that flashed its brilliance overhead on a day tour by the same Mayan guide.

Then, again, it could have been the down-home camaraderie you shared with the gregarious ex-pats or tourists from other lands who frequently visit or live in Belize.

The faces and moments can come from most anywhere in this ecologically and demographically diverse country, no bigger than Massachusetts and not much bigger than the Hawaiian island of Oahu.

What face will you put on Belize? You will only know by visiting this inviting mecca on the Caribbean.

Related posts
Decoding Conversational Belize-eze
December 20, 2016
A cuisine for the holidays: cassava
November 22, 2016
September sizzles with patriotic revelry
September 8, 2016
Belize knows what puts food on tourism’s table
August 9, 2016
A super-food that is a nut by any other name
June 2, 2016
Nature’s underworld easily explored
May 6, 2016